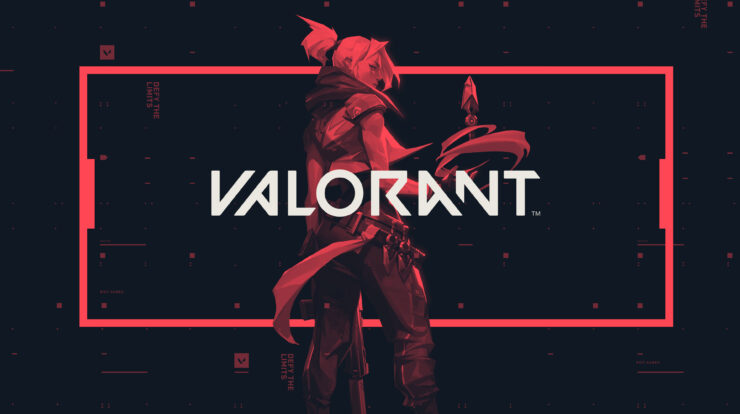 Valorant is the second main franchise that has developed Riot Games, which is one of the most successful and important development companies of videogames thanks to its ultra-popular work: League of Legends.

Valorant is undoubtedly quite far from what Riot Games is used to developing, as this is a First-person shooter (FPS) with many tactical aspects where the players face a battle in 5 vs. 5 teams, where one team will be attacking and the other will be defending. The rules are quite similar to those of CS: GO, where the attacking team must plant a bomb (called Spike), while the defender will try to defuse it within a time limit. The first team to accomplish its mission, or to eliminate the entire opposing team will win the Round (each game consists of 24 Rounds).

The main feature of Valorant is definitely its characters (called agents), because just like in League of Legends, each agent has their own skills and game mechanics, so it is important that players learn to use the characters correctly in order to win the Rounds. This also makes the games require a lot of strategy and skill, which differentiates Valorant from other FPS videogames. In addition, Valorant’s gameplay is designed to be easy to learn, but very difficult to master.

That said, below are five fundamental tips to improve and become an excellent player at Valorant by being a novice in this type of game.

There is also an excellent way to play this FPS in the best conditions, which is to buy Valorant Accounts in a specialized website like Eldorado. This excellent gaming marketplalce has good offers, great security and a variety of high ranked Valorant Accounts, ready for the competitive mode.

Get to know the Game Maps well

As in any First-Person Shooter, it is extremely important to be fully familiar with the maps of the videogame. Each map of Valorant has areas designed to perform specific actions (such as: hiding, covering quickly in case of a confrontation, being able to more comfortably target an enemy from afar, among others). However, the most important places that should be known in the map are the T Spawn and CT Spawn because they are the main places where the action among the teams takes place, so they are indispensable at the time of planning a strategy. Besides, knowing the maps well will also help to play the games with more confidence and will make it easier to stay in secret, which is essential to survive in Valorant.

ALSO SEE:  The Most Popular Types of Games: Make Your Own

Another important aspect in the game is to know where the blind spots are in the maps to take advantage of them, because when a character is shot his life goes down quickly, which could make survival in the Round difficult. That said, by taking advantage of blind spots (such as some corners), it is possible to hide effectively to be able to give a surprise shot to the enemy or also to be able to cover in case we are attacked. However, opponents could also take advantage of the blind spots, so it is also necessary to walk very carefully in those places.

Knowing and Mastering the Abilities of the Agents

As mentioned above, each agent of Valorant has its own abilities, which clearly play an important role in the games, and therefore it is necessary to know and master the abilities of each of the agents of Valorant. This is important because there is no guarantee that the other players won’t choose the agent that you master the most first and also because this allows you to know better how each of these characters acts.

However, knowing the abilities also means knowing when it is feasible to buy and use them, since it is not recommended to depend totally on them. Another important thing is to know that each agent has its strengths and weaknesses, which must be exploited to win the games and also must know the styles of play on which agent’s focus, as these can be more effective in specific actions such as stealth, defensive, offensive, cheating, among others.

Always focus on the Headshots

In Valorant, the shots produce different amounts of damage in the characters, which will depend on factors such as the weapon used and the area where the projectile hit. That said, the damage to the body is not very feasible during the game because they do not produce enough damage to end a confrontation quickly, which causes direct confrontations where you can lose a large amount of life (if you have survived), and it is very difficult to endure a round in these conditions. For that reason, one of the most important things to learn in order to improve a lot at Valorant is to focus on the headshots, because although they are extremely difficult to perform, (especially when the opponent is on the move), they can make the confrontations much faster, since during the bursts of fire it is more likely that one of them will hit the head (which would be instantaneous death).

Having explained that, it is advisable to keep the weapon sight always pointed towards the area where the opponents’ head could be, since the confrontations can start at any time. And as it is obvious, while practicing you have in the game, it will be easier to perform Headshots.

Have a good Team Communication

Being an online multiplayer videogame, at Valorant it is also necessary that the players of the same team have a good communication between them in order to win the games. This is easy if you are playing with friends, but if that is not the case, it is necessary to seek communication with team members and avoid playing alone. During the communication of the team, the most important aspects to plan are the place where the spike will be planted (in case of attackers), the possible locations of the enemy and how skillful he is, the routes of the map that each member will take and the time when a certain skill will be used.

Valorant has a variety of weapons that players can acquire when necessary in the game (all are unlocked at the beginning, you just have to buy them), and knowing how to use each one of them is essential to improve in the game. In Valorant there are three types of weapons: Primary weapons (Rifles, SMGs, and Shotguns, among others), sidearms (pistols, revolvers, handguns) and Melee (Tactical Knife).

As with the Agents, each weapon has its own characteristics, which will need to be mastered, such as its recoil for each shot, its rate of fire, the damage it produces, among other aspects. Also, depending on your playing style, the situation, or the abilities of the selected Agent, some are more feasible than others.

At this point we can also include the importance of practicing marksmanship to improve accuracy, since even if you master the skills of the agents or manage to plan a good strategy, during confrontations almost everything is solved in shootings, so having good marksmanship is one of the most important aspects of Valorant. A good method to improve your aim is to practice constantly in the Shooting Test with every weapon in the game (or at least our favorites), you can also improve a lot by modifying the mouse sensitivity in the game settings or by customizing the size of the weapon sight. The mouse and mousepad used are also important in the game’s performance.