Home How to How to Completely Delete the Epic Games Launcher? 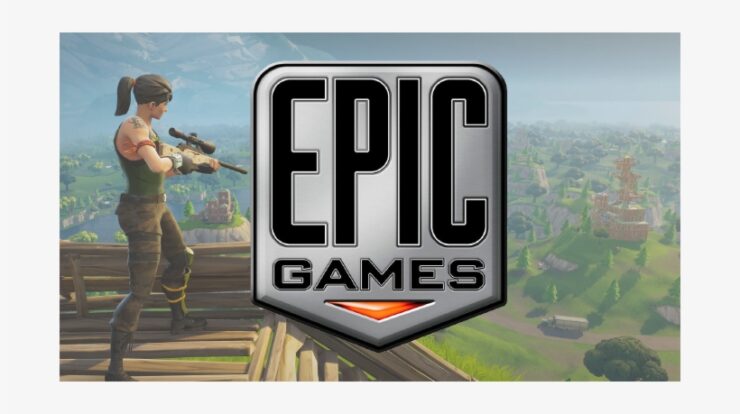 I like video games, but they are violent. I want to play a video game to help the people who were shot in all the other games. It’d be called ‘Really Busy Hospital.’ Demetri Martin

Epic Games recently launched its digital storefront for Windows. Now games from the Epic Games’ stable can be easily downloaded through the medium. This company also announced that as we advance, its future releases will be exclusively available through the Store. As a new entrant into the crowded Windows gaming platform market, Epic has been trying its best to woo developers, especially those whose games are based on the company’s Unreal Engine, by offering mouthwatering revenue guarantees.

But, you aren’t here to read lines upon lines about Epic Games’ quest for world domination, at least on the personal computing front. So, Chances are, you’re tired of the Epic Games Launcher and wish to remove it from your Computer but are wondering about the best or safest means to do so. In this case, wonder no more. Read now on to learn how to remove the Epic Games Launcher.

As described above, the Epic Games Launcher is Epic Games’ application for accessing the Epic Games Store on Windows (and macOS) operating systems. This culminated in its efforts to compete with and cut into storefronts’ market share like Steam and GOG.com. Well, Epic Games went all out to woo developers to their platform with promises they’d take a lower cut of revenue from digital sales.

Ubisoft has since taken the bait with Tom Clancy’s The Division II launch as an Epic-exclusive release. So, Other developers are thought to be joining soon.

For the end-user, the Epic Games Launcher is to the Epic Games Store as the Steam client is to the Steam Store. Launching the application grants, you access the Epic Store to browse through the games available. Listings might look relatively bare-bones now, especially compared to the catalogs of more established competitors. Still, Epic Games is working on augmenting their games with offerings from other developers.

Via the Launcher, a chosen game can be paid for and installed. Here, You can also use this medium to update the game with patches or DLCs when those are available. However, Things like game trailers, summaries, and system requirements are also general through the Launcher.

While its stated aims to give platforms like Steam a run for their money and make gaming on PC more democratic for the users and financially beneficial to the game developers, the Epic Games store and, by extension, its Launcher has suffered from several controversies since release.

This most outlandish of these claims the Store isn’t legit but is a front through which the Chinese government spies on users who enter their personal information. The shares gained such mainstream attention that Epic Games was forced to issue a strongly-worded rebuttal.

Come to the point, is the Epic Games Launcher a spyware application? This short answer is no. This longer answer is that the Epic Games franchise has indirect associations with the Chinese government, Still that doesn’t affect its game store in any material way.

See also  How to Send Files From Android TV To iPhone?

These accusations gained traction because Tencent, who owns a 40% stake in Epic Games, is one of China’s biggest companies and must maintain a close working relationship with the Chinese government. That sprouted allegations that it is using its investments in the West to spy on behalf of the Chinese government. Though, there is no evidence of any sort to back up the accusation.

Therefore, no, neither the Epic Games Store nor its Launcher for Windows is Spyware. This doesn’t mean you cannot get tired of the application and wish to uninstall it. Performing so is relatively straightforward. Opposite to some of the wild rumors on Reddit forums, you don’t require any cumbersome method to rid your System of the app.

All the same, should you like some of the titles hosted on the Epic Games Store and wish to retain it but are wary of your data being spied on, you can go the extra mile and install an anti-spyware tool. Although Windows has the Defender utility, that program has a lot to improve upon in the anti-espionage department. You can now do much worse than spending a few bucks on the Microsoft-approved Anti-Malware for aggressive spyware & malware protection against any threats from anywhere.

How to Uninstall Epic Games Launcher from a Windows 10 PC

We have also said removing the Epic Games Launcher from your PC isn’t a big deal, nor do you need to invite the FBI and CIA over for a coordinated surgical removal or something. That doesn’t mean you won’t experience a few issues in the course of uninstalling the app. So, we recommend you do a couple of things first before removing the game from your Windows 10 PC.

Firstly, you should close the Launcher as an administrator. So, Sounds funny, right? Many people have heard of running programs as an administrator, but closing it as one? This point of doing this is to make sure that it stays closed instead of leaving some stray hooks in the memory that can prevent it from being uninstalled when you do complete the app.

Well, With that cleared up, find the Epic Games Launcher on your PC, right-click it and select Run as Administrator from the context menu. Now, Click Yes or OK should take a User Account Control confirmation prompt show up. This Epic Store will be launched with administrative privileges.

Here, You don’t need to do anything from within the launched app. So, Minimize it and move your cursor to the minimized app on your taskbar. Then, Right-click the Epic Launcher icon and click Exit to close the game.

This next thing to do is make sure that no pesky Epic Games Launcher process runs in the background. Nw, One common mistake people make is assuming that closing an app automatically means ending all its operations. Some apps have perfected the subtle & RAM-consuming art of staying in memory after being terminated.

Therefore, make a beeline for the Task Manager through your favorite method. Next, Ours is to select it from the Windows Tools menu, which can be accessed by pressing the Windows key + X. SO, You can also hit the Ctrl, Shift, and Esc keys simultaneously if that’s more your thing.

In this Processes tab of Task Manager, scout for any Epic Games processes, be that the Launcher or something else, &end them. Exactly. Here, Right-click the offending process and select End task. Well, Do this for the rest of the relevant procedures.

Now you are ready to remove this bad boy from your System. This Control Panel on your Windows 10 is your next port of call. And, Navigate thereby selecting the option from the Windows Tools menu. You can also like it by searching in the search menu or typing “appwiz.cpl” (without quotes) into the Run box & clicking OK.

As well, In the Control Panel, ensure the View by option is set to Category. Next, You have to click the “Uninstall a program” link under Programs and Features.

A window appears with a list of all the installed programs on your Computer. For Windows 10, this list is only populated with desktop programs installed through a method that isn’t the Microsoft Store. Assuming that the Epic Games Launcher isn’t a Microsoft Store installation, you’ll find it here.

You may require to scroll down a bit till you find the Epic Games Launcher entry. Left-click it once and click the Uninstall button that appears. You may get a confirmation pop-up asking if you wish to kick the app off your System [not in those exact words, obviously]. Click Yes or Uninstall to proceed.

Windows will run the app’s uninstaller program, and you need to follow the onscreen instructions, clicking extra confirmation buttons if required. When the process is complete, then uninstaller disappears, & so does the Launcher.

Though, if you installed the app from the Microsoft Store, we need to follow a slightly different process to remove it on Windows 10. So, Press the Windows logo key to bring up the Start Menu, then select Settings to launch that app.

In this Settings application, navigate to System> Apps and features to view a comprehensive list of all apps on your System. The Microsoft Store apps will be here as well. Find the application you wish to remove, in this case, the Epic Games Launcher. Here, Left-click the app to expand it slightly. Now, Two buttons will become visible — Modify, which is usually greyed out, and Uninstall. Tap the Uninstall button and follow the onscreen instructions from that point.

To Summarize the Second Way:

This is it for how to completely delete the Epic Games Launcher from your Windows 10 PC. That will undoubtedly come in handy if you feel Epic Games isn’t doing it for you, and you need to move back to the familiar embrace of Steam or some other digital store. 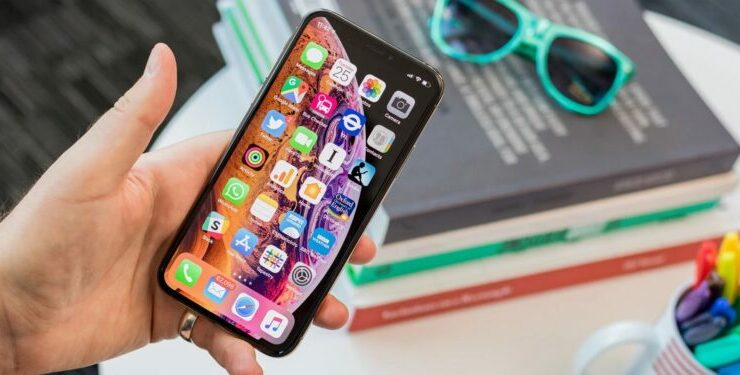 How to Factory Reset iPhone and iPad 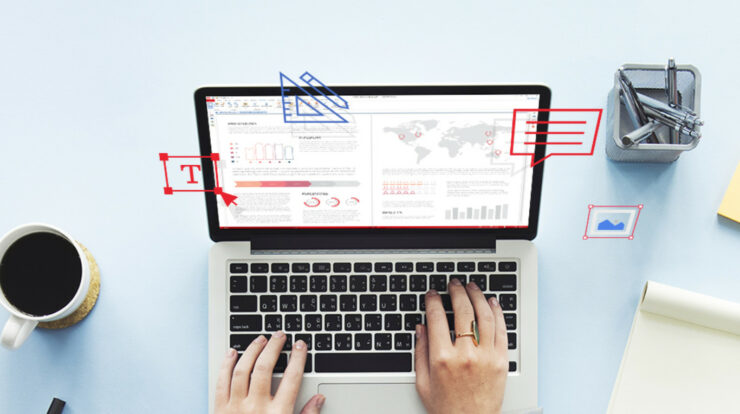 How to Edit PDF Files Without Using Adobe Acrobat 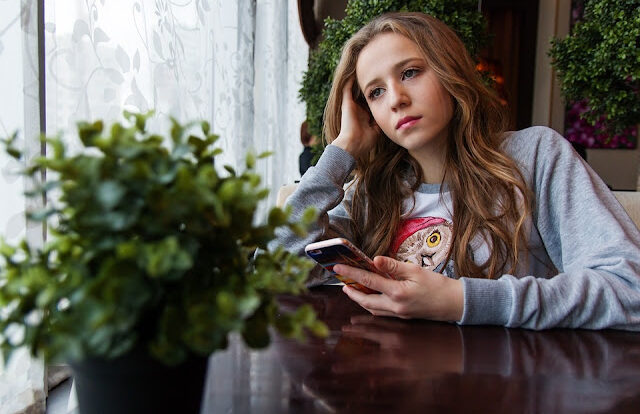 How to Call Someone Who Blocked Your Number Easy Guide