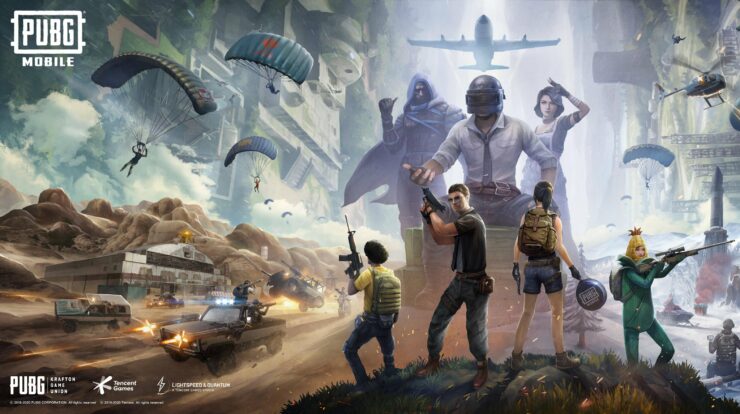 In July last year, the Indian govt had banned 59 Chinese apps citing the sovereignty and integrity of Indian cyberspace. Following this, we had recommended some Chinese Apps Alternatives for enhanced privacy. The Indian Gov has banned PUBG Mobile, the most famous battle royale game, and 117 Chinese apps. It indeed came as a massive shock since India was one of the largest markets for Tencent. Anyhow, now that the government has officially disallowed the game, we have come up with some PUBG Alternatives. Thus, without any delay, let’s go ahead & find the best games like PUBG Mobile on Android and iOS.

Now We have carefully curated the ten best games like PUBG Mobile for both Android and iOS. So, We have ranked the below list based on survival gameplay for which PUBG was so popular and compatibility across a range of devices — from budget to high-tier devices. You can also click on the link below and learn about games similar to PUBG Mobile to navigate seamlessly. 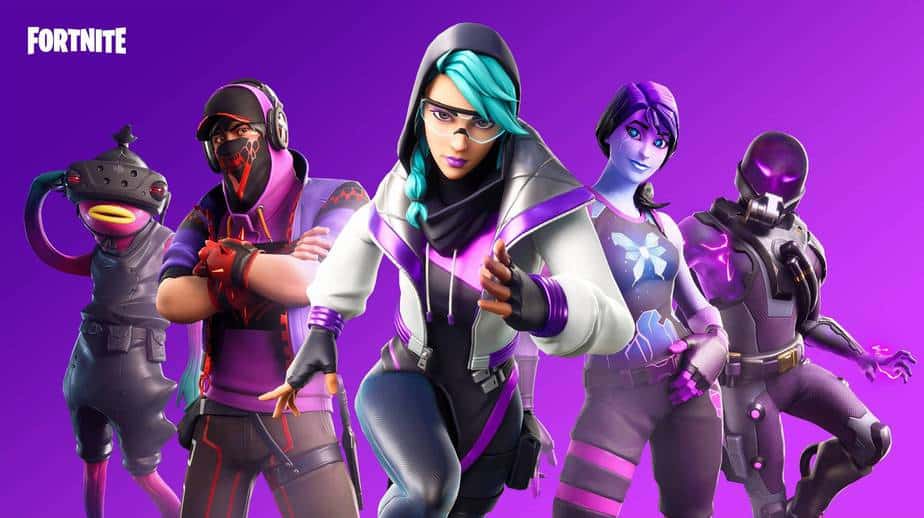 Beside Fortnite ousted from Apple’s App Store and PUBG banned in India, Epic is time to tap the Indian market. Well, Since more than 75% of Indian smartphone users use Android, Fortnite has the opportunity to grow big here. However, there is one thing that makes me put it in second place: its enormous download size and compatibility requirements.

Not to forget, Fortnite has been removed from the Play Store, but you do have the option to sideload the game through its store. The installation process is relatively seamless, and you can learn how to install Fortnite on Android without Play Store from our guide. So, Coming to my main complaint, Fortnite takes around 8GB of storage which is a big ask for budget Android devices, especially in India.

Now Moving to the gameplay, Fortnite is a game that is very similar to PUBG Mobile. So, You have four distinct modes: 100-player battle royale, Party Royale, Creative, and Save the World. The Party Royal is just like PUBG’s Cheer Park; Creative is where you can create your island and Save the World is a co-op tower defence survival game.

Here, I would say in terms of gameplay, Fortnite is, in fact, better than PUBG Mobile. Plus, now that a new Fornite season has just started, you can’t afford to miss this opportunity. 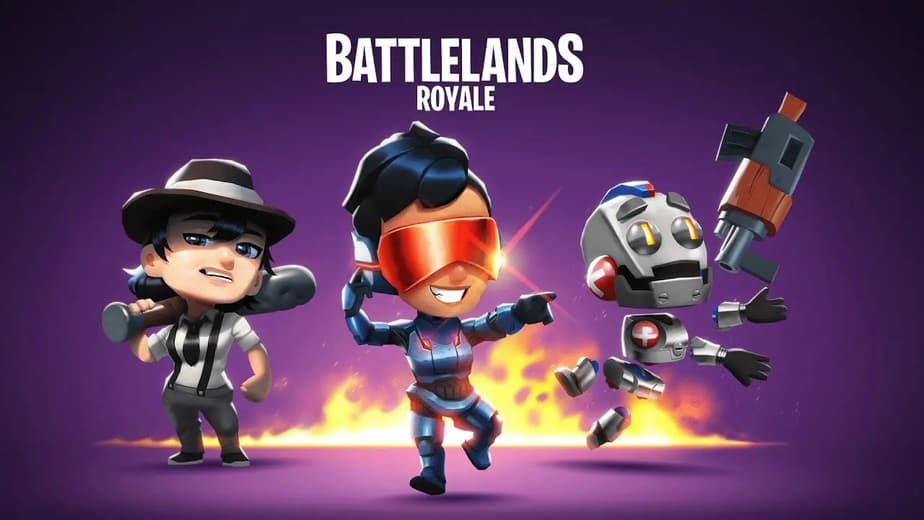 As the name Recommend, Battlelands Royale is a battle royale game similar to PUBG Mobile, but with a crazy fun twist. This is not your casual blood-filled shooter game but brings cute characters and a cartoonish gameplay environment. But you do have the central theme: a 32-player battle royale game where the carnage does not stop.

And what I like about Battlelands Royale is that you don’t have to wait in lobbies to start the game. Just click on the play button, and you are on a parachute– now go ahead and loot, shoot and survive. This battle royale lasts not more than 3 to 5 minutes.

You can now play the game either in solo or duo mode, and you have to dominate your arena from all sides. The map is massive, and you will have to play the game to learn about the various positions. Also, All in all, Battlelands Royale is a fun-filled game like PUBG Mobile, and you can play it for quick enjoyment. 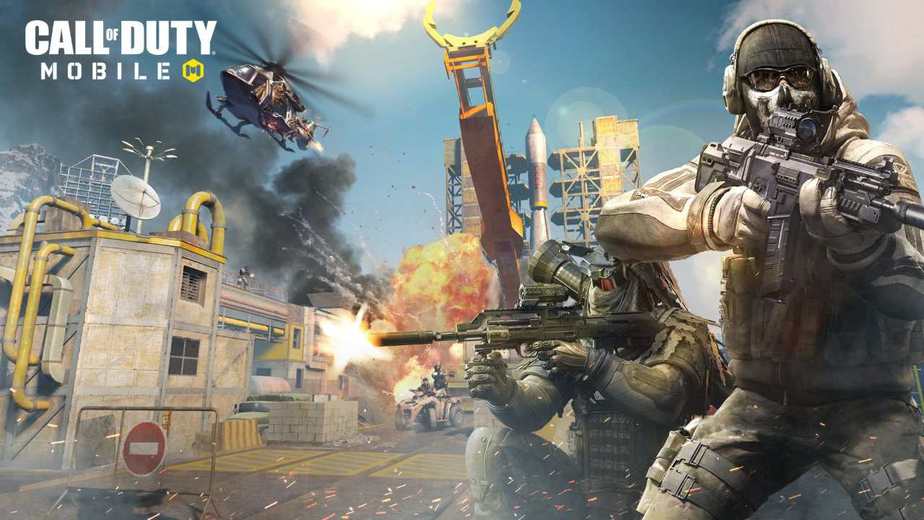 Launched Call of Duty Mobile for Android & iOS to give a stiff competition to PUBG Mobile. So, Fast forward now, and the game has amassed a healthy community in India, just like PUBG Mobile. Also, now that PUBG has been banned, it’s the perfect time to try this fantastic battle royale game.

ALSO SEE:  How to Play Wii U Games on Your PC With Cemu Emulator?

Not to mention, CoD: Activision, a US-based studio publish mobile, so the chances are next to nothing for the game to be banned. Well, The best part about Call of Duty: Mobile is that it offers everything you used to love playing on PUBG. Now, You have a 100-player battle royale mode, a 5v5 deathmatch, multiplayer modes like CoD Black Ops and much more.

Though Along with that, you can endlessly customize your character, weapons, unlock new characters, earn rewards, and much more. Great of all, the game takes up around 2GB of storage and runs pretty well on budget Android devices so it can sufficiently replace PUBG Mobile in the Indian market. Now Put, at this point, Call of Duty: Mobile is the best PUBG alternative that you can hop on. 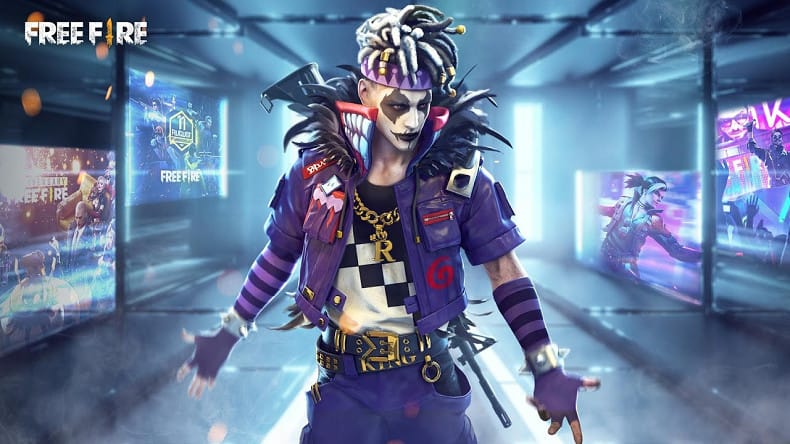 Suppose you’re not yet comfortable jumping into a high-capacity fight, Free Fire – Battlegrounds could be the game you’d like to try out first. These controls are on the screen and simple to navigate, but the highlight for you is that they only have to go against 49 other users in a 10-minute window to survive until the end. That is a quick game to hone all your skills before an intense battle.

This basics of the battle royale mode all remain the same. You will drop on a remote island and have to find good weapons and medkits and stay inside the safe zone to win the battle.

You could also form 4-man squads and talk amongst yourself to devise a strategy with in-game voice chat. Well, Their graphics are smooth, so you wouldn’t necessarily face any lag during the gameplay. 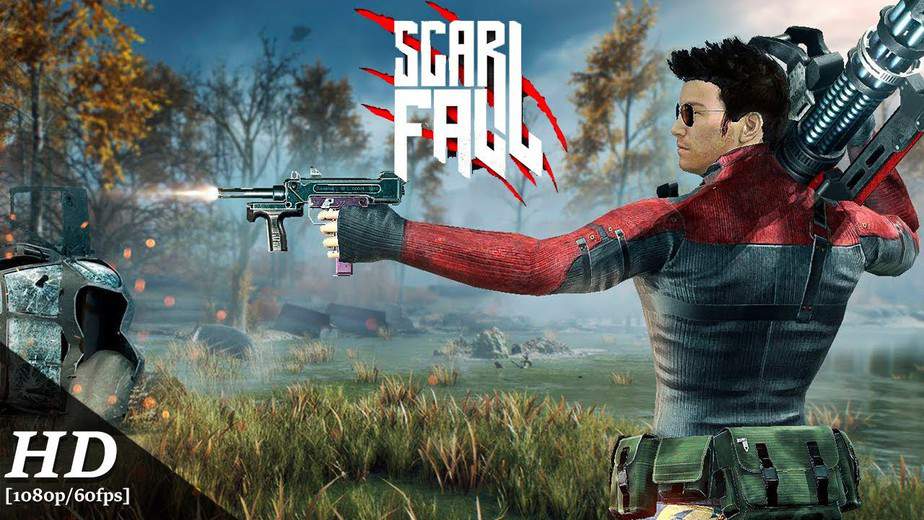 ScarFall: The Royale Combat has a unique distinction on this list. This is one of the few battle royale games that has been developed by an Indian studio. So, According to YourStory, “ScarFall emerged as one of the top Made-in-India apps in the gaming category in the recent AatmaNirbhar Bharat App Innovation Challenge launched by Prime Minister Narendra Modi.”

Therefore if you want to ditch Chinese-backed battle royale games altogether, ScarFall would be an apt pick. So, Coming to the gameplay, it has both online & offline multiplayer gaming modes. Also, You will have to survive in the shrinking safe zone, and you will have three chances to win the game.

Suppose you want to play solo or in a 4v4 squad mode, you can do so as well. Thus, For your information, ScarFall offers both third-person & first-person shooter mode. Primarily, in terms of theme and gameplay, ScarFall seems just like PUBG Mobile and with already 1M downloads on Play Store, it’s an easy pick.

The Hopeless Land: Fight for Survival is another game like PUBG that has rave reviews from the mobile gaming community. This is a potential PUBG alternative that has survival as its central theme. This game has a survival mode where you can play against 121 players and the last man standing wins the match.

So, Its environment has an Asian aesthetic, and you would find yourself at home. You can now drive a helicopter, land in new places and face the fatal battleground to win the deathmatch. Also, the game is not just about guns and weapons, but you need sharp strategic skills like PUBG to win the round.

A hazard zone follows you, and you need to be inside the safe area to continue the game. Plus, the best part is that it’s compatible with a range of Android devices. Afterwards, with over 50M downloads on Play Store alone, Hopeless Land is a fit replacement for PUBG Mobile, both on Android and iOS. 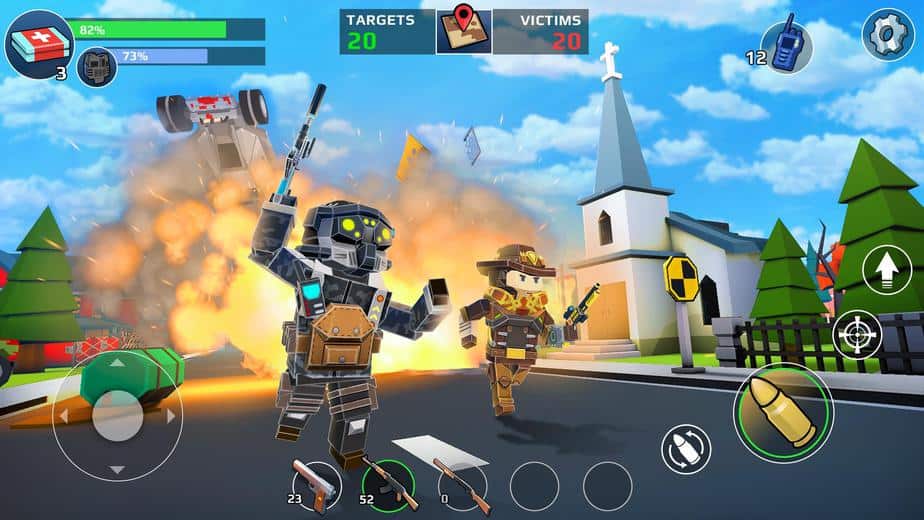 Is here Any Minecraft enthusiasts in the house? As well, if you’re a true fan of pixel-style retro visuals, then Pixel’s Unkown Battle Grounds could be the perfect opportunity to enjoy battle royale fights on your mobile.

ALSO SEE:  Best Colouring Apps For Adults For Recreation in 2020

It would be best if you again outlasted the wrath of the enemies in a block city, where your block-figure can shoot with an AK, Pixel Gun, SMG, multiple-barrel, and other weapons to end the deathmatch.

This game is currently under development so that you may encounter a few glitches here and there. Well, I sure did while trying to enter/ exit houses or aiming for a shoot, but all other functions are smooth as butter in the crazy 3D block city.

These developers have also tried to simplify the game mechanics by resorting to an auto-shoot mode to help you take down enemies. 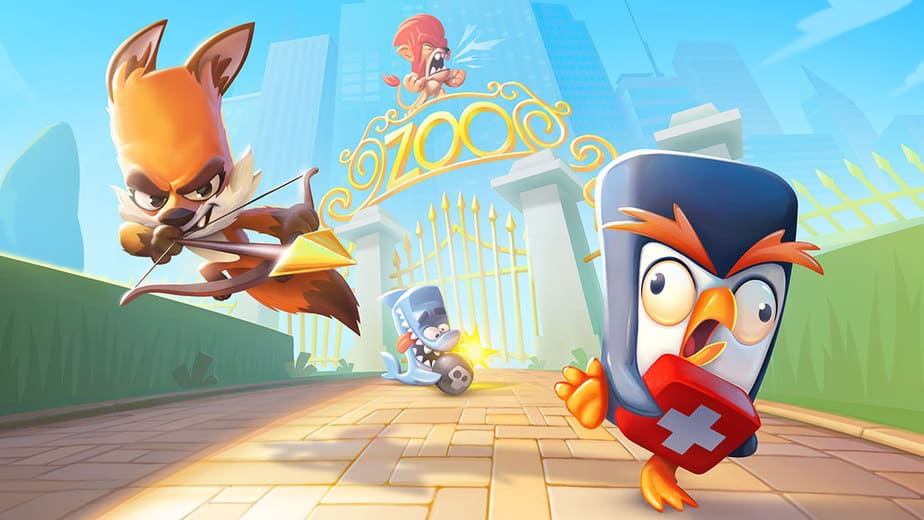 The Zooba is our final game on this list, and it’s among the hilarious battle royale games that you can find out there. So, based on animal characters, Zooba lets you play survival adventure game in a 20-player deathmatch.

This is a fast-paced, thrilling, and entertaining game that you can play to give yourself a break from gory, blood-filled battles. In most ways, the gameplay is not intense like PUBG, but you do get the essence of a battleground war.

Well, What I like about this game is its excellent graphics quality. This game has been carefully designed with unique gaming controls and physics-based action. So, Not to mention, with the rewards that you earn within the game, you can customize your character and become Zoo’s adventure superstar. 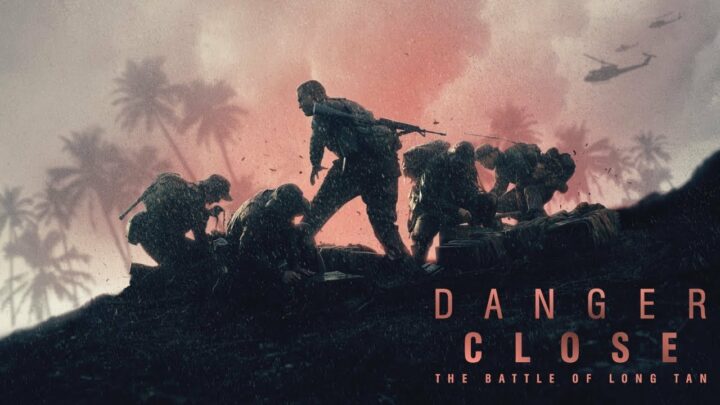 The Danger Close is another battle royale game that has improved significantly in the recent past. So, Just like PUBG, here you can play in an intense multiplayer battle. The best part is that Danger Close now features a new map that is much bigger and has added new mechanics like recoil, looting, and a brand new inventory system. Talking about the plan, now you can choose to play in eight different places such as alien planets or a pirate-infested island.

Aside from that, you can join online FPS deathmatch and play anytime you want. Of course, the graphics do not come close to PUBG’s excellent game environment, but with such a small footprint, you can quickly join an online deathmatch which is fantastic. But, if you are in for a quick multiplayer game, then Danger Close is a decent Alternative to PUBG Mobile. 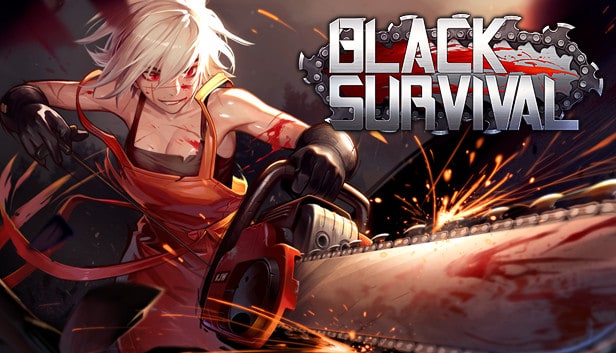 Adding its flair to the much-hyped PUBG-style games, Black Survival has now built a cult following among mobile users. It is a fast-paced action title, where you select an anime character and are dropped on an island with 22 different areas including hospital, beach, and forest. Well, these locations are then locked as the battlefield narrow, so it pushed you to take charge and fight for the top spot in a roughly 20-minute game.

Though, Its unique gameplay can be challenging for some, as you will need to be quick on your feet. This different types of characters will render you special abilities and weapons, but you will have to memorize recipes that’ll enable you to craft about 600 types of weapons, tools, and foods — that’s a plus for sure. Afterwards, it can be a crazy action-packed adventure.

Therefore, these are the best Games like PUBG Mobile, that you can play after the ban becomes effective. There are several influential battle royale games similar to PUBG, and you can give one of the alternatives as mentioned earlier a try. Beyond the years, several game studios banked on the hype surrounding the battle royale genre and now we have potential PUBG options that are as good in gameplay, if not better. Accordingly, do tell us which game title you tried and fancied the most in the comments below.